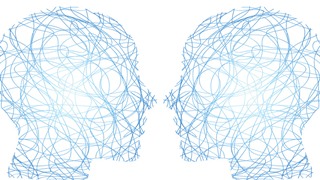 Depression can be a devastating disease and many patients do not respond well to medication. The search for the cause of this non-responsiveness has led to a seemingly unrelated condition: inflammation. But how are inflammation and depression linked? This question was explored in a joint workshop organized within the Oxford-McGill-ZNZ Partnership. The Zurich-Oxford Workshop brought together basic and clinical scientists with complementary expertise, to foster exchange on this topic between the two cities.

The neuropsychiatric disorder of depression is common and patients are often resistant to existing treatments. There is growing evidence that inflammation is a major contributor to depression aetio-pathophysiology. Understanding causal interactions between stress, inflammation, brain and depression, and applying the evidence to identify novel treatment targets, require an inter-disciplinary approach. The ZNZ-Oxford Workshop “Inflammation, Brain, and Depression: from human evidence to preclinical models to novel treatments” brought together basic and clinical scientists from psychiatry, immunology, neurology and pharmacology, to present and discuss the recent theory and evidence. The Workshop was organized by Christopher Pryce (Psychiatric University Hospital Zurich) and Philip Cowen (Department of Psychiatry, Warneford Hospital, Oxford) on May 5 in Zurich.