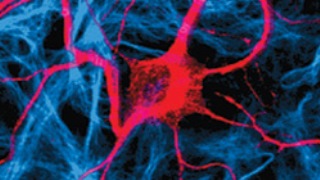 Don’t miss the ZNZ Annual Symposium September 15, 2016. With the Volker-Henn Lecture by Prof. Botond Roska of the Friedrich Miescher Institute Basel, the Koetser Lecture by Prof. Christian Lüscher of the University of Geneva as well as several short talks of new members, the symposium promises to give an interesting update in neurosciences in Zurich and beyond.

The scientific program will open with the Volker Henn lecture entitled “The first steps in vision: cell types, circuits and repair” in which Prof. Botond Roska will talk about his multi-disciplinary research on the visual system.

Other highlights include the three parallel workshops, organized by ZNZ members, in which central themes in neurosciences are presented and discussed, as well as the eagerly-awaited ZNZ Award for the Best PhD Thesis 2016.

The official part of the symposium will end with the Koetser Memorial Award Lecture by Prof. Christian Lüscher. His talk entitled “A circuit model for addiction opening doors for novel therapeutic approaches” focuses on the cellular mechanisms that underlie drug reinforcement and addiction.