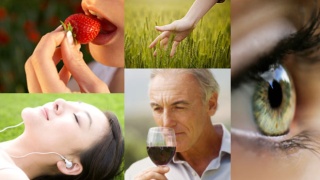 With our sight, hearing, taste, smell and touch we make sense of the world around us. This year’s BrainFair on 16 – 21 March is all about perception, and looks beyond the classical five senses already described by Aristotle.

Our senses allow us to be in contact with our environment. Whereas sight, hearing, taste, smell and touch belong to the classical senses, sense of balance and proprioception have been added to this list since the 19th century. The BrainFair 2015 discusses the current state of knowledge on sensory perception and addresses the possibility of the existence of a seventh sense.
The event consists of panel discussions with experts from the University of Zurich, University Hospital Zurich, ETH and invited guests. With topics such as “Sense of taste: From perception to eating disorders“ and „Seventh sense: Orientation, body awareness and «extrasensory» perception”, the BrainFair offers an attractive program for a broad public audience.

Neurosciences @ School
Since 2000, the BrainFair also offers a program for school classes. Schools can invite ZNZ researchers to come to their classrooms and give lectures about a variety of topics ranging from basic science to neurological disease. “This offer is being taken up enthusiastically”, says Isabel Klusman of the BrainFair Task Force, “Each year there is a veritable run at these lectures. This year, 62 school classes have registered for a lecture, with in total 1335 pupils.”