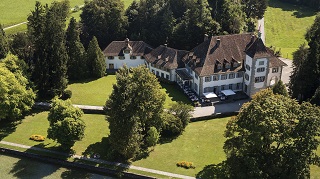 Over 60 research group leaders participated in the one-day workshop on 19 April 2018 at Schloss Au. The meeting aimed at finding strategies to pool resources in new ways to strengthen neuroscience research and training in Zurich in the coming years.

Participants were informed about ongoing initiatives and grant applications as well as important future funding opportunities. An analysis of the current master programs in neuroscience at ETH and UZH was presented and possible improvements discussed. In two pitch sessions, 30 current projects and ideas for new collaboration were presented by group leaders in a 3-minute format as a catalyst for subsequent in-depth discussion rounds.

Triggered by the well-received pitch sessions, several directions of high interest emerged, which will now be followed up in working groups meeting in the upcoming weeks and months to elaborate more concrete activities: