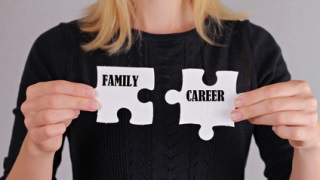 May 2017 marked the 40th anniversary of the first woman to preside over the Swiss National Council, Elisabeth Blunschy-Steiner. This came a few years after women gained the right to vote at the national level in Switzerland, and a few years before Elisabeth Kopp would become the first female member of the Swiss Federal Council. This series of events rooted a movement which today allows all women in Switzerland to have the same rights as men within family life (1985), paid maternity leave (2005), and to see the reality of being elected president (1999).

While the discussion of gender equality is, and will remain, open for many more years, much progress has been made in order to create and maintain a society where, both men and women can enjoy the same rights and opportunities. Yet, despite these efforts, women often duel in the dilemma of either having a successful professional life, or a successful private life at home. This dilemma relies in the assumption that these two life goals are mutually exclusive, meaning that succeeding in one would lead to failure of the other, and vice versa. Repeatedly headlines tell women that they cannot “have it all”. Despite having examples as that of Mrs. Blunschy-Steiner, the anecdotal evidence has yet not been enough to convince women that it is possible to have both family and career, and be happy. Yet, evidence suggests that having both career and family may be something within reach for those who want it, and the notion that multiple roles lead to a dissatisfied life, is but a myth.

Why not both career and family?
In her 2004 comprehensive review, Dr. Rosalind Chait Barnett, reports good news for those who may “want it all”; not only can women have both families and careers, but they can thrive while doing so. The compound evidence suggests that women who participate in multiple roles report lower levels of anxiety and higher levels of mental well being.  This is because employed women, in general, have greater financial stability, more balanced marriages, and better health, leading to a general greater satisfaction.

Hence, next time you or someone around you feels like they have to decide between career and family, you can tell them: “Why not both?”

If you want to be more convinced, the following reads may be of interest: