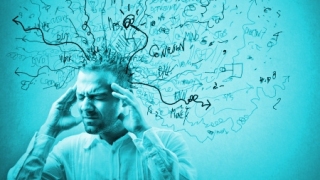 Chronic stress is the plague of our time. Scientists suspect that chronic stress does not only cause psychological diseases such as burnout and depression, but that it is also involved in many of the major common diseases such as diabetes, cardiovascular disease, stroke, dementia, obesity and others. The book “Bis er uns umbringt?” by Hans Rudolf Olpe and Erich Seifritz describes the link between stress and these diseases and provides ways of better dealing with daily stress.

Neuroscientists agree that stress originates in the brain and, if it persists, has the potential of changing it. From there it spreads to the whole body and leaves its traces by triggering diseases sometimes decades later. The book by Olpe and Seifritz provides an easily understandable description of the links between stress and common diseases and shows how our individual lives, but also society, influence our mental and bodily health. It is based on the current biological, psychological and sociological concept of health and disease, and an important part of the book deals with possible remedial methods. The book is written for educated laypersons and for people with an interest in brain health and disease. It intentionally targets the general public to create awareness for the newest scientific results on this important topic.

“It is a popular science book about the ubiquitous health effects caused by chronic stress on the body and mind, starting from the time in the womb until death”, Olpe explains. “The title is as dramatic as the book’s content – it is an important topic and in my opinion the general public is not sufficiently aware.”