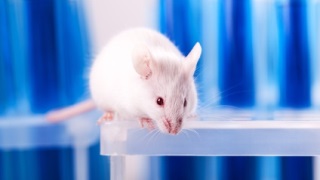 The group of Prof. Christopher Pryce, Center for Psychiatric Research, University of Zurich, and CNS Diseases Research, Boehringer Ingelheim (BI), Biberach, have established a new collaboration for the study of mouse models of major psychiatric symptoms with the goal to identify and test molecular targets for novel, efficacious therapies.

The two-year collaboration is based on a mouse model of social stress-induced behavioural states, established in Zurich. The behavioural states include reduced interest in obtaining reward and in avoiding punishment, and share characteristics with the major psychiatric symptoms of apathy and helplessness, respectively. Changes in stimulus valuation (how rewarding?, how punishing?) and stimulus-incentive motivation (how much effort is worthwhile?) are proposed to underlie the symptoms, and experiments will focus on identifying their neurobiological substrates. The amygdala will be the major focus as it is both an important region for stimulus valuation, and has major effects on stimulus motivation. Specifically, recently identified “reward” and “punishment” neurons of the amygdala will be investigated. Testing of relevant pharmacological compounds will then also be conducted with the model, towards developing much-needed effective treatments for these symptoms which impair daily functioning in very large numbers of psychiatric patients and across several major disorders.

InnoCentive network
The collaboration resulted from a call for a translational rodent model based on the Research Domain Criteria (RDoC) framework; BI issued this call using the international crowdsourcing network InnoCentive. From a large number of submitted solutions, that submitted by Christopher Pryce was ranked first by BI, and subsequent discussion resulted in formal research collaboration.