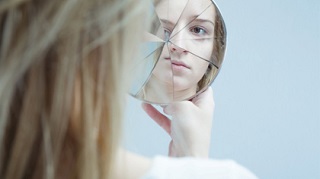 The serotonin 2A receptor in the brain plays an important role in how we experience ourselves and others, researchers at the University Hospital of Psychiatry Zurich have found. They used the hallucinogen lysergic acid diethylamide (LSD) in combination with functional magnetic resonance imaging. Their research identifies the serotonin receptor system as a potential target for treating social impairment in disorders such as depression and schizophrenia.

Problems with interpersonal relationships are common to all mental health disorders. These interpersonal difficulties are considered to be significant and defining features that these disorders share and critically impact disease development, progression, treatment, as well as real-world functioning. A further symptom of various psychiatric disorders is distortions of self-experience. People suffering from mental disorders often show either an inflated or weakened sense of self. However, these deficits are insufficiently targeted by current treatment approaches.

LSD reduces brain activity in areas important for sense of self
Katrin Preller, Franz Vollenweider (University Hospital of Psychiatry Zurich) and colleagues investigated the links between changes in the sense of self and changes in social interaction, and the pharmacological mechanisms that play a role in these processes. Human participants received either LSD; LSD + ketanserin, a serotonin 2A receptor antagonist; or a placebo prior to engaging in a social activity, a gaze-following game with a virtual human-like character (avatar). Activation of specific brain regions was monitored using functional magnetic resonance imaging (fMRI). During this social task, LSD reduced activity in brain areas important for establishing one’s sense of self, the posterior cingulate cortex and the temporal cortex, and appeared to blur the line between the experimental conditions where interactions were initiated by the test person or the avatar. These effects were blocked by ketanserin, indicating the involvement of the serotonin 2A receptor system.

These findings demonstrate that self-experience and social interaction are closely linked and that these intertwined processes are dependent on the serotonin 2A receptor. This receptor system may be a target for treating social impairments in disorders that involve an increased self-focus, as in depression, or loss of the sense of self, as in schizophrenia.