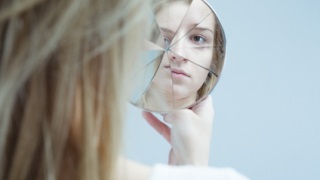 According to the dysconnection theory, the root cause of schizophrenia lies in abnormal neuromodulatory regulation of NMDA receptors. In their recently published paper, Klaas Enno Stephan and colleagues check whether new scientific data support the theory.

Schizophrenia is a common psychiatric disorder, with one in hundred people affected during their lifetime. Despite much research, the root cause of schizophrenia is still unclear. A theory that provides an overarching explanation for this complex disorder was put forward by Karl Friston in 1998 and later finessed together with Klaas Enno Stephan. Their “dysconnection hypothesis” views schizophrenia as a synaptic pathology and postulates that the problem lies in the abnormal regulation of N-methyl-D-aspartate receptor (NMDAR) by neuromodulatory transmitters (e.g., dopamine or acetylcholine), leading to abnormal changes in synaptic plasticity.
In their new paper published in Schizophrenia Research, Karl Friston, Klaas Enno Stephan and colleagues review how recent evidence from different research fields points to the same mechanism of dysconnection in schizophrenia.

Support for dysconnection theory
The central mechanism of the dysconnection theory can explain disease symptoms. Cognitive neuroscientists now view the brain as a statistical organ that generates hypotheses of environmental structure and updates its beliefs in the light of sensory inputs (The Bayesian Brain). This belief updating process involves message passing between cortical regions that relies on NMDARs and neuromodulatory regulation. In schizophrenia, abnormal neuromodulatory regulation of NMDARs could explain fixed and bizarre beliefs (delusions), and aberrant perceptual inference (hallucinations).
Genetic data also support the theory. Large-scale genome-wide sequencing studies have identified more than 100 genes associated with schizophrenia. Many of these genes are related to NMDAR function and plasticity at glutamatergic synapses or neuromodulatory transmitters like dopamine or acetylcholine.

Physiological evidence
Advances in high-resolution neuroimaging and computational modeling have opened up the possibility to study dysconnection in schizophrenia. Almost all of these studies show abnormal functional connectivity, involving the prefrontal cortex in particular. Moreover, these studies also provide increasing evidence for abnormal Bayesian inference in schizophrenia, consistent with a failure of neuromodulation at glutamatergic connections in cortex. Imaging studies have also elucidated how structural brain abnormalities evolve over time in schizophrenia, in a manner that may be the result of abnormal (synaptic) plasticity.