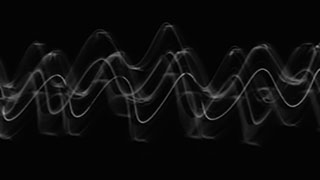 During childhood and adolescence, fundamental neural restructuring processes take place and thus represent a critical phase of the human lifespan. A substantial body of literature dealing with neurophysiological changes often focused on the most dominant feature of the human EEG signal: the alpha oscillation. However, no clear picture has emerged from it. Marius Tröndle and Nicolas Langer from the Psychological Institute of the University of Zurich assume that confounding factors of arrhythmic brain activity, which has been largely neglected so far, have led to these highly ambiguous results, and set out to clarify this question.

Tröndle and Langer applied a new EEG method, which allows to subdivide the EEG signal into true rhythmic, and confounding arrhythmic activity, previously often considered noise in the signal. In this way, the methodological limitations of previous studies could be avoided and age-related changes in true rhythmic alpha activity could be assessed. To further improve the interpretability of these maturational changes, they linked them to cognitive performance and structural brain measures of thalamocortical connectivity. Ensuring reproducibility of their study, Tröndle and Langer used the largest open-access pediatric data set and validated their results in a preregistered analysis of a second large data set.

In line with an emerging body of literature, the authors found that the arrhythmic brain activity systematically changes during maturation and cannot be considered unstructured noise. These systematic changes strongly affected the previously reported results that alpha activity decreases with development. In contrast, when controlling for the arrhythmic brain activity, they found robust evidence for an age-related increase in rhythmic alpha activity across datasets. Previous interpretations based on biased findings of maturational decreases in the alpha rhythm, i.e. the elimination of active synapses, are actually more related to changes in arrhythmic brain activity. Instead, this study suggests that the increase in true rhythmic alpha activity indicates a maturation-related increase in thalamic control over cortical brain areas that may be functionally related to enhanced attentional performance during brain maturation.
These results provide important insights for research into maldevelopment of the brain and the development of neurodevelopmental disorders such as ADHD, which are suspected to be related to non-normal maturation of the alpha rhythm. These results underscore the importance of considering arrhythmic brain activity for EEG researchers in all disciplines.

By: Marius Tröndle and Nicolas Langer, Methods of Plasticity Research, Department of Psychology, University of Zurich.