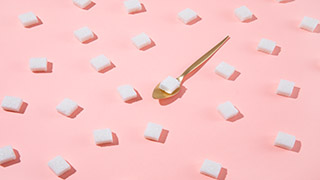 When reading a blog post like this, you may experience pleasure or ‚liking‘. Purely hypothetically, but for illustrative purposes you might have experienced an anticipatory desire or ‚wanting’ during your Christmas vacation to read the newest edition of the ZNZ newsletter. Surprisingly, such pleasures and desires are more different from each other than one may think and even rely on partially separate neural systems. For example, animal research has associated dopamine with ‘wanting’ and the opioid system with ‘liking’ as well as ‘wanting’. However, it remains an open question whether reducing opioid or dopamine receptor activity in our brain reduces ‘wanting’ or ‚liking’. Philippe Tobler and his colleagues measured the effects of pharmacological manipulations on behavior and brain activity to elucidate the roles of dopamine and opioid systems in humans.

At the Laboratory for Social and Neural Systems Research at the University of Zurich the research group administered substances (antagonists) that temporarily reduce the activity of opioid and dopamine receptors. Participants had to rate how much they wanted or liked various everyday items, such as batteries or napkins, while their brain activity was measured. The use of non-consumable rewards served to preclude issues of satiation.When researchers reduced the activity of opioid receptors, they observed that participants wanted the rewards less. At the same time, the frontal cortex, which has been associated with impulse control, and the reward-processing striatum were communicating more strongly. This indicates that an inhibitory effect on the striatum might reduce its wanting-related activation. Tobler and colleagues observed no effects of reduced dopamine receptor activation on wanting and neither substance affected the reported liking of rewards.
These findings provide insights into the processing of motivational reward functions. They also raise the possibility that in humans the conscious aspects of how much we want a reward is more strongly underpinned by the opioid than the dopamine system.

By: Philippe Tobler, Laboratory for Social and Neural Systems Research, Department of Economics