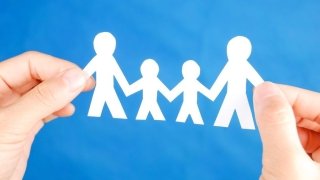 There is a well-documented gender gap in academia. This is also reflected within the ZNZ where 48% of the doctoral students are women, while there are only 21% women among ZNZ group leaders. However, gender equality cannot simply be imposed top-down: it must be supported by all members of society. In other words, all members of society need to support new policies that implement change. This is the conclusion reached by the National Research Program Gender Equality (NRP 60), and matches the goals and intentions of the ZNZ Gender Equality Committee.

Over the past four years, 21 research projects of the NRP 60 have investigated a wide range of issues pertaining to the inequality between men and women in Switzerland. The goal is to find out what can be done to promote gender equality.

Lack of child care options
An important issue addressed in these projects is the lack of child care options for professional working families. The ZNZ Gender Equality Committee wanted to gain insight into the perception of university staff and students about the influence of the child care situation on career development. For this reason, the Committee has just concluded a university-wide survey on child care and how it might interfere with career plans. The results will be made public in by the end of 2014.

The Gender Equality Committee encourages ZNZ members to read the short online summary of the NRP 60 results and to discuss them with their team members.