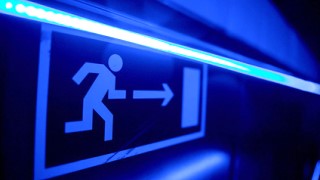 What changes in the brain upon a stressful event? Dr. Valerio Zerbi and colleagues at the ETH Zurich have shown for the first time that selective release of the neurotransmitter noradrenaline reconfigures communication between large-scale networks in the brain. Their findings provide insights into rapid neural processes that occur in the brain during stressful situations.

The locus coeruleus (LC) provides noradrenaline (NE) to the entire forebrain, regulates many fundamental brain functions, and is implicated in several neuropsychiatric diseases. Stress strongly activates the LC, which interrupts ongoing behavior and focuses attention on the most important environmental cues in order to make life-or-death decisions in fractions of a second. What exactly happens in the brain and which new connections are formed, as well as the specificity of the connections, was largely unknown.

In humans, targeted manipulation of the LC is not possible. While rodent models afford great experimental control, studying the effects of LC activation on large-scale functional connectivity was hampered by technical limitations. To bridge this translational gap, Dr. Zerbi and colleagues from research teams headed by Prof. Johannes Bohacek and Prof. Nicole Wenderoth at the ETH applied a novel ‘‘chemo-connectomics’’ approach in a mouse model. Using this approach, neural activity can be very specifically activated with designer drugs and the resulting changes in network organization analyzed by functional MRI. This way, the researchers could show that activation of the LC rapidly changes the strength of specific brain connections and increases the integration of brain-wide communication by forming so-called functional networks, and that this effect was mediated by noradrenaline.

The observed effects were highly similar to the changes observed in humans exposed to acute stress. Networks that process awareness to potential danger, such as the prefrontal cortex, exhibited the strongest increase in activity. A similar rise in activity was observed in the amygdala network, which is associated with states of anxiety, and in sensory-motor integration areas.

“Overall, our results show that modern imaging techniques in animal models can reveal correlations that allow us to understand fundamental brain functions in humans,” Bohacek says. The researchers hope to use similar analyses of brain connectivity in humans to diagnose pathological hyperactivity of the noradrenaline system, which is associated with anxiety and panic disorders.

See ETH News What Stress does to the Brain