Poor sleep is correlated with higher risk of neurodegenerative disease, but can better sleep prevent or reverse disease? This is what Dr. Daniela Noain of the Neurology Department, University Hospital Zurich, wants to find out in her newly started research project, funded through a donation to the ZNZ. For the next three years she plans to study whether modulation of slow-wave sleep can help improve outcomes of neurodegenerative diseases involving protein accumulations such as Alzheimer’s and Parkinson’s disease. We talked with Dr. Noain to find out more.

ZNZ News: What do you plan to study in your project?
Dr. Noain: I want to find out whether inducing sleep can be a modifying therapy for chronic neurodegenerative diseases such as Alzheimer’s and Parkinson’s disease. This ide 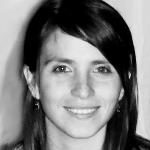 a stems from my previous research during my post-doc in which we studied traumatic brain injury in rats and found that these rats had sleep-wake disturbances. Post-mortem analysis revealed that they also had increased accumulated APP, a hallmark of axonal damage and a precursor of amyloid beta protein. In rats in which we pharmacologically induced sleep, this APP accumulation was dramatically reduced and cognitive performance was preserved.

What is the mechanism behind neuroprotective effects of sleep?
Increasing evidence suggests that sleep drives metabolite clearance in the brain, i.e. clears the brain from toxins and waste products. Recently a complex and yet efficient clearance system has been described in the brain, the glymphatic system. It consists of cerebrospinal fluid influx into the brain extracellular space. The continuous movement of fluid is critical for waste clearance in the brain and the flow is higher during sleep.

How will you induce sleep?
We will use pharmacological sleep induction with sodium oxybate, a strong sleep promoter that is widely used in the clinic. A more experimental approach to slow wave sleep induction is through acoustic stimulation. My group is part of a network that develops an experimental setup with which we can modulate activity in the mouse brain to induce slow wave sleep. We will use both these approaches in a well-established mouse model of Alzheimer’s disease (AD) and a rather novel model of Parkinson’s disease (PD).

Which clinical implications do you expect your results to have?
This study is set up as a translational project. If the research is successful, the learnings we obtained in the animal experiments should be relatively fast and cheap to implement in the clinic. The acoustic treatment is non-invasive and the sleep medication we use is an approved drug that is already used in clinical praxis. Zurich provides a super environment for translational projects. At that instance, we would pursue collaborations with Prof. Baumann (PD) and Prof. Nitsch (AD) for the clinical applications.