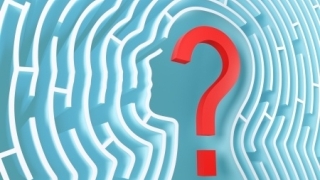 How and where are our memories stored in our brains? These questions were addressed by Prof. Katharine Henke’s group by looking at differences in memory processing in amnesic and healthy individuals. Their results show that, in contrast to current prevailing opinion, the hippocampus is involved in unconscious memory processes.

In textbooks, human memory systems are divided between conscious and unconscious. The hippocampus is thought to support only conscious encoding, while neocortex supports both conscious and unconscious encoding. Henke’s group examined whether this division is correct or whether rather the different types of memory processing are spatially divided over brain regions. In their experimental setup the researchers worked with amnesic patients and healthy individuals. The amnesic patients were missing either the entire hippocampus or a major part of it. Unconscious memory processes were studied by showing masked words or word pairs. The masking protocol involved showing the words for only 17 ms, and flanking them with visual noise masks consisting of random patterns of black and white pixels. This procedure ensured that the test persons were not consciously aware of seeing the words.

Single word memory task
In the single word memory task a test person was shown a single masked word followed by either a related or an unrelated word, visible to the test person. The test persons then had to perform a task that indicated whether they recognized the noun as related or unrelated to the masked words, they had unconsciously perceived before. This task was solved equally well by amnesic and control individuals, indicating that the unconscious memory processes involved in single word tasks are mainly performed by neural networks in the neocortex.

Relational memory task
In a second experiment, however, pairs of unrelated masked words were shown, e.g. “violin-lemon”, for encoding, followed by word pairs visible to the test persons that were either semantically similar, such as “cello-mandarin” or different such “harp-truck”. This test setup involves the recognition of relations between words and word pairs, so called relational encoding. In this more complicated test, healthy participants performed better than amnesic patients. The authors conclude that the hippocampus is involved in these more complicated memory tasks even if they are based on unconscious memory.

What is encoding?
Encoding is the first of three stages in the memory process, involving processes associated with receiving or registering stimuli through one or more of the senses and modifying that information. The term relational encoding is used for encoding of words between which a relation exists.