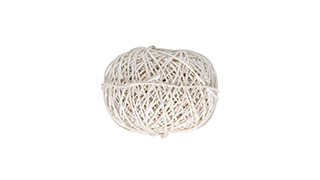 The process whereby a neuron generates additional branches to existing other neurons, is called mossy fiber sprouting. This kind of rewiring does normally not occur in the adult brain but is associated with epilepsy. The new excitatory circuits may provide an appealing explanation for the brain’s increased excitability in epileptic patients. Wenshu Luo and Csaba Földy from the Brain Research Institute at the University of Zurich wanted to investigate this hypothesis and proof that it is possible to induce mossy fiber sprouting in non-epileptic adult neurons in the hippocampus. However, this did not induce seizures as expected.

Luo and Földy used a single-cell Patch-RNA sequencing, a technique that allows  specifically investigating sprouting neurons, and focusing from the beginning on molecules that could contribute to sprouting, and eliminate others that would not. They were able to prove that the activation of a single gene, the transcriptional regulator Id2, induced mossy fiber sprouting in healthy adult neurons. The mossy fiber sprouting did, however, not induce seizures as previously contended in epilepsy research.
From a basic biological perspective, the fact that Luo and Földy could induce circuit formation in adult neurons by means of manipulation of a single gene is very exciting. Is it possible to do this in other cell types as well? Is it possible to control which neurons become connected? Answers to these questions would represent not only academic achievements but could facilitate the repair of brain circuits in neurological disorders and after injury.