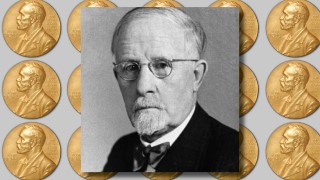 Who was Walter Rudolf Hess? 70 years after he was awarded the Nobel Prize, Anton Valavanis and Alexander Borbély of the Clinical Neurocenter issued a book about his life and his work.

The book contains a compilation of selected publications by and about Walter Rudolf Hess, his life, his personality, his neuroscientific achievements, and his neuro-philosophical thoughts. It serves to remember this pioneer and supporter of theoretical and clinical neuroscience.

Walter Rudolf Hess (March 17, 1881 – August 12, 1973) was a Swiss physiologist who won the Nobel Prize in Physiology or Medicine in 1949 for mapping the areas of the brain involved in the control of internal organs. He shared the prize with Antonio Caetano de Abreu Freire Egas Moniz.

He was the director of the Physiological Institute of the University of Zurich from 1914 until 1951.