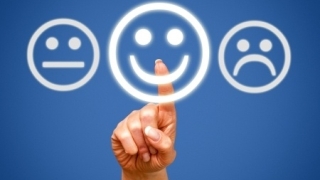 In a survey among University of Zurich employees, the ZNZ Gender Equality Committee has identified a high demand for more childcare services in academia. Over 90% of respondents believe the UZH would benefit as a whole from providing students and staff with better access to childcare.

In the five-minute survey conducted during the first seven weeks of the 2014/15 academic year, participants were asked to indicate how strongly they agreed or disagreed with various statements. More than 2000 UZH members took part in the survey, representing the gender, age, university position and primary campus location distribution of the institution.

Importance of childcare to academia

The survey results demonstrate that access to childcare is highly important for careers of academics. In fact, according to the survey, one quarter of responders “would strongly consider terminating [their] current position at the UZH” if they were to have children in the next three years. More women than men were of this opinion (28% vs. 22%). It is not surprising therefore that, extrapolating survey results, a full 90% of UZH members feel that if they were “to have children within the next three years, easy access to adequate and affordable childcare would make it more likely for [them] to continue pursuing [their] current career goals”.

According to the survey, 66% of UZH members with children would be using “UZH-facilitated” childcare if it was possible for them to do so, but only 10% are currently using it. Access to UZH-facilitated childcare was equally important to men and women. These data demonstrate an immediate need for increased access to flexible childcare facilities at UZH campuses.

While quality childcare spots will help academic careers, it is also important that parents have the opportunity to be with their children without negatively affecting their careers. Almost 90% of survey respondents feel that mothers and fathers should have an option for longer periods of unpaid maternity/paternity leave. For paid maternity and paternity leaves average durations of 6.4 and 4.4 months, respectively, were recommended.

The survey results identify an important need and opportunity for the University of Zurich with regards to childcare. This conclusion is emphasized by over 90% of the survey participants, who believe “the UZH would benefit as a whole from providing students and staff with increased access to childcare”.

More in-depth data will be made available in collaboration with the University’s Office for Gender Equality at a later date.