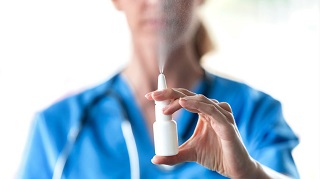 Can a hormone be used to treat autism? A new study from the neuromodulation lab at KU Leuven, Belgium, in collaboration with Prof. Nici Wenderoth shows that repeated administration of oxytocin can help improve symptoms in adult autism patients.

Oxytocin, also called the ‘love hormone’, is known to promote social bonding. Its administration via a nasal spray is increasingly considered as a potential treatment for several neuro-psychiatric conditions, including autism. At the level of the brain, oxytocin is known to act as an important neuromodulator, but to date, it is unknown whether and how repeated use of oxytocin can induce long-term changes of brain function.

A team led by Prof. Kaat Alaerts (KU Leuven, Belgium) and Prof. Nicole Wenderoth (ETH Zurich) recruited 40 adult men with autism spectrum disorder to examine the long-term effects of administering oxytocin through a nasal spray. The participants were divided into an experimental group and a control group. The control group received a placebo once daily for four weeks. Over the course of a full year, participants came to the lab to acquire brain scans before and after receiving the treatment.

Repeated use of oxytocin altered the communication or functional connectivity between the amygdala and distinct neural regions known to be part of the so-called ‘social brain’. Importantly, participants with the most pronounced neural changes also showed fewer problems with forming close relationships after the treatment. These positive effects both at the neural and behavioral levels were still present up to one year after the oxytocin intervention, providing first evidence of long-term neural effects of repeatedly administering oxytocin to people with autism.

To date oxytocin is already used in medicine but not in the context of neurodevelopmental disorders. Our proof-of-principle study suggests that repeated use of oxytocin might modulate the ‘social brain’, thereby improving certain symptoms of autism in adults. These first findings are promising and may pave the way for large scale clinical trials to determine the efficacy of oxytocin as a new treatment option for children with autism.