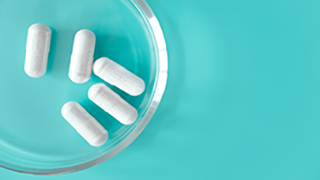 The onset of schizophrenia is typically in early adulthood with little hope for full functional recovery once the disorder has developed. The establishment of early interventions, which may attenuate or even prevent the onset of schizophrenia has therefore an absolute priority in research. At the Institute of Veterinary Pharmacology and Toxicology, Urs Meyer and his research group evaluated a new pharmacological compound as a treatment option and found promising effects in the mouse model.

Schizophrenia is a severe mental disorder that affects up to one percent of the population worldwide. It is characterized by a number of emotional, behavioral and cognitive anomalies, which together undermine basic processes of perception or reasoning. On a neurochemical level, schizophrenia is associated with a neural hyperdopaminergic state, which can be indexed by increased sensitivity to dopamine-stimulating drugs such as amphetamine.
Using an established mouse model for schizophrenia, we tested the symptomatic and preventive effects of the novel pharmacological therapeutic BI 409306. This drug has been developed by Boehringer Ingelheim and is currently under development for symptomatic and preventive treatments of schizophrenia. While initial clinical trials of BI 409306 are underway, our study provided a preclinical evaluation of its efficacy to symptomatically treat or prevent behavioral abnormalities implicated in schizophrenia.

We found that BI 409306 given in adult animals mitigated schizophrenia-related behavioral and neurochemical abnormalities, including deficits in social interaction and hypersensitivity to amphetamine, in a dose-dependent manner. Importantly, our analyses further revealed that BI 409306 restricted to adolescence was sufficient to prevent adult deficits in social interaction, whereas continued treatment into adulthood also normalized amphetamine hypersensitivity.
Our findings suggest that symptomatic treatment with BI 409306 can restore schizophrenia-related behavioral and neurochemical deficits in a mouse model, providing preclinical support to current clinical trials of BI 409306 in patients with schizophrenia. Moreover, our findings suggest that its use may offer an option for early pharmacological interventions, which may attenuate or even prevent the adult onset of schizophrenia.

By: Prof. Urs Meyer, Institute of Veterinary Pharmacology and Toxicology, University of Zurich.

Other useful links
Find more information on BI 409306 on the official website of Boehringer Ingelheim.