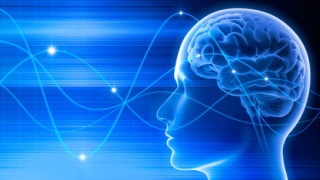 Adding small amounts of random disturbances to the brain can make a weak visual signal stronger. Research by the group of Prof. Nicole Wenderoth has demonstrated that transcranial random noise stimulation can enhance sensory perception. The same principle can be applied to other brain regions and open up new opportunities to enhance an individual’s performance e.g. during decision making.

Noise is typically viewed as a bad thing: think of disturbances on your television screen during a soccer game. These types of random disturbances are also generally considered detrimental for neural processing and associated behavior. PhD student Onno van der Groen in the group of Prof. Nicole Wenderoth has now demonstrated that adding the right amount of noise directly to the brain via electrical stimulation through the skull can make a visual signal stronger. This effect is called Stochastic Resonance (SR). Though counterintuitive at first, SR has been demonstrated in a variety of naturally occurring processes, including human perception, where it has been shown that adding noise directly to weak visual, tactile, or auditory stimuli enhances detection performance.

Transcranial Random Noise Stimulation can enhance performance
Until now, such stochastic resonance-effects were mostly studied by adding noise peripherally, e.g. together with a visual stimulus on a computer screen. Van der Groen and Wenderoth now show that visual detection performance can be enhanced when electrical noise is added to human visual cortex directly via transcranial Random Noise Stimulation, a relatively new, pain-free brain stimulation technique where electricity is applied to the brain via two electrodes that are placed on the skull. Using electrical brain stimulation, which can be applied to all cortical areas, this phenomenon can be exploited to enhance performance in both healthy and patient populations, and during various tasks e.g. decision making and attentional control.