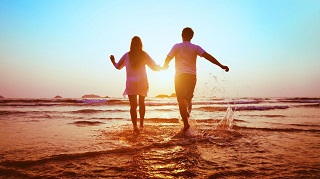 Dreams during REM-sleep often involve complex and vivid experiences of having a body, acting and moving even though the physical body is completely unresponsive. From previous correlational studies we know that sensorimotor areas in the brain are highly activated during dreams and that these areas are very similar to those active during movement in wakefulness. The aim of this study was to further investigate this link by testing the causal contribution of neural sensorimotor activity to dream content, and specifically to the generation of bodily and movement sensation.

Unlike previous studies, which mostly tried to experimentally modulate dream experience via peripheral bodily stimulation (e.g. tactile stimulation), we used transcranial direct current stimulation (tDCS) to directly and noninvasively modulate the activity of the sensorimotor cortex. Participants spent two nights in the sleep laboratory; one with tDCS and one with sham stimulation. They were woken up from REM sleep several times during the night and filled out a specific questionnaire about dream content, focused on sensorimotor and body perception. Furthermore, we gathered dream reports and measured neural changes using an electroencephalogram (EEG).

Participants reported fewer movement sensations in their dreams after tDCS as compared to sham stimulation, providing further evidence that sensorimotor neural activity is involved in generating the sense of moving in dreams. This was especially true for repetitive and thus presumably more automatized actions. Furthermore, these changes of subjective repetitive actions coincided with alterations in both inter-hemispheric EEG coherence and peripheral Electromyography activity.

This study provides evidence that stimulation over the sensorimotor cortex modulates dream content (specifically, movement sensations) in healthy participants during REM sleep. We argue that this finding has important implications for various research fields, reaching from general consciousness research and sleep and dream research. Further evidence will be needed to judge whether the observed subjective and neurophysiological effects are sufficiently long-lasting to warrant clinical studies in patients with sleep disorders that involve abnormal movements, such as parasomnia patients.