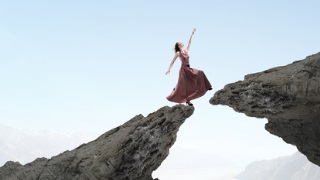 Insufficient sleep can lead to increased risk-seeking behavior. These results were published by the group led by Prof. Christian Baumann in Annals of Neurology. The authors warn of the consequences chronic sleep restriction may have on our society.

Due to extended working hours, long commutes and excessive use of electronic devices, many people sleep too little. For healthy sleep, young adults typically require an average of 9 hours of sleep per night, while older adults, over 30, on average require 7.5 hours. Sleeping fewer hours can cause sleepiness during the day and reduced concentration and performance. Now, the new study by Baumann and colleagues show an additional consequence of sleep restriction: risk-seeking behavior.

Sleep study
Test persons were consecutively subjected to three different sleep protocols. Sleep restriction (7 nights, 5 hours in bed per night), normal sleep (7 nights, 8 hrs in bed per night) or sleep deprivation (one night without sleep). After 7 days of sleep restriction, test persons were more likely to choose the risky option in a financial risk-taking experiment, where risk-taking gave the option of a higher monetary reward. This increased risk-seeking was not observed after sleep deprivation or after normal sleep.
An alarming result is the observation that sleep-restricted subjects are not aware of their increased drive for risk-taking.

Why sleeping less may lead to risky-seeking behavior
Slow wave sleep intensity was measured in the subjects over the prefrontal cortex in all three sleep protocols. When test persons were sleep restricted, the slow wave sleep intensity was locally lower. In fact, the low slow wave energy was systematically related to an increase in risk-seeking. This means that for the first time, the researchers were able to directly correlate low slow wave sleep intensity over the prefrontal cortex with a change in behavior. “We assume that behavioral changes occur for anatomical-functional reasons to some extent as a result of the right prefrontal cortex not being able to recover properly due to a chronic lack of sleep,” Baumann explains.
This increased risk-seeking behavior can have serious consequences for society as restricted sleep is common in modern society and many decision makers report sleeping short nights.