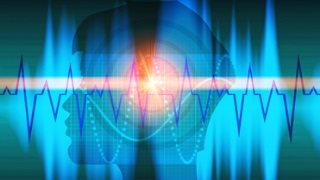 Neurofeedback may be used as an alternative or additional treatment for ADHD. Processes underlying this technique are, however, not fully understood. Prof. Daniel Brandeis and colleagues investigated effects of neurofeedback in ADHD patients using fMRI and demonstrated improvements in self-regulation on the neural level. Results were published in a special issue of Neuroscience dedicated to neurofeedback.

Attention-deficit/hyperactivity disorder (ADHD) is the most common neurobehavioral disorder in children and can often persist into adulthood. Medication is available; however, in up to 30% of children it produces undesired side effects, or fails to manage all the symptoms of the condition. Neurofeedback is used as an alternative or additional therapy to medication. The principle of the therapy is to teach the patient to train brain activity associated with focus. In the training, the patient can observe his brain activity on a screen and is required to actively modulate it. As a result some symptoms of ADHD diminish. The underlying processes are not yet fully understood and research results have been criticized because of the lack of proper control groups.

Effects on the neural level
In their study set up, Prof. Brandeis of the Department of Child and Adolescent Psychiatry and Psychotherapy, University of Zurich and Central Institute of Mental Health Mannheim, Heidelberg University and colleagues compared neurofeedback (NF) training to biofeedback (EMG) training, using muscular activity, as an active control group. They then measured brain activity on the neural level using fMRI.  Their results show a general increase on the neural activity following both EMG and NF training in brain regions that are linked to self-regulation, or inhibitory control. These brain areas are generally less active in ADHD patients. There was also an effect of NF training in additional brain areas involved in inhibition that were not detected with the biofeedback training. However, these improvements in neural activity were only found in the group of successful learners. Some participants did not respond to training. These non-learners were equally represented in both the NF group and the biofeedback group. Clinical improvement as assessed by the parents was evident only for patients in the NF group, but there was no significant effect on clinical symptom improvement between learners and non-learners. The authors explain this by the fact that the learners group had more severe symptoms and therefore had a better motivation to pursue training.

The present study is unable to conclusively answer the question whether learning of control over brain (NF) or muscular (EMG) activity yields differential results. But motivation to learn seems to play a major role. According to the authors it would be of great interest to identify specific predictors that would allow the identification of patients who would benefit from NF or biofeedback in general.
Neurofeedback training effects on inhibitory brain activation in ADHD: A matter of learning? Baumeister S, Wolf I, Holz N, Boecker-Schlier R, Adamo N, Holtmann M, Ruf M, Banaschewski T, Hohmann S, Brandeis D. Neuroscience. 2016 Sep 19. (Epub ahead of print) PubMed Abstract