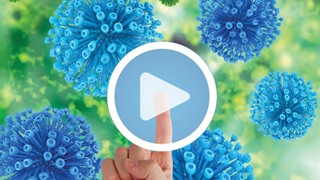 The Viral Vector Facility (VVF) of the ZNZ has officially started its activities on 1 July 2015. The facility offers a variety of services to research groups working with viral vectors. Interested scientists are invited to the information event on Tuesday 2 September 2015.

The VVF, located at the Institute of Pharmacology & Toxicology (UZH), has been launched on 1 July and is now open for orders. Orders can be placed using the registration platform on the VVF website.

The VVF invites interested scientists to an information event (no registration required) on Tuesday, 2 September, 2015 at the University of Zurich-Irchel, building Y17, seminar room H05 from 16:00 to 17:30. The program consists of a short introduction to the VVF’s philosophy and services, followed by presentations by invited scientists about their current projects based on viral vectors. There will be a possibility to visit the VVF’s laboratory facilities. Food and drinks will be provided.

For more information about the facility and its services, read also the ZNZ News post “Viral Vector Facility”, an interview with Dr. Jean-Charles Paterna.