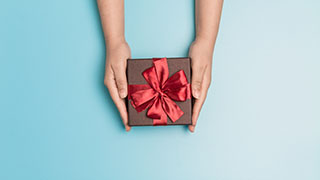 In our everyday lives, our dopaminergic brain system is consistently active every time we receive a surprising reward. For some people with depression or schizophrenia reward processing is impaired and sensitivity to rewards is reduced. In these patients, primarily psychopharmacology serves to target the dopaminergic brain. With neurofeedback training, however, it became possible to influence parts of the brain without using medication. Lydia Hellrung and Philippe Tobler of the Zurich Center for Neuroeconomics at the University of Zurich targeted the dopaminergic midbrain and asked which individuals benefit most from such training.

Hellrung and Tobler instructed their participants to think about rewarding situations in their lives while an MRI scanner measured activity changes in their brains. As expected, the nature of these situations was highly individual and could be for example the enjoyment of a favorite meal, a relaxing environment, or accomplishing an athletic challenge. During this mental task, specialized software analyzed the functional activity changes in the dopamine-rich region in real time and presented them to participants as visual feedback. Based on the feedback, the participants learned which mental strategy worked best for them. During training they repeated those individual strategies and applied them later in the absence of feedback.

About half of the participants successfully learned to positively influence their reward system also without feedback. Interestingly, the most successful participants engaged an additional brain network, the cognitive control system, to control the dopamine-rich region in the midbrain. These participants also learned to better predict their own regulation success. In the long run, the authors of this study aim to better understand individual impairments of the dopaminergic brain system in psychiatric disorders. It remains an open chicken-and-egg problem whether these changes in the brain lead to behavioral impairments or vice versa. A mental training strategy might offer a personalized approach to support available therapies for these patients.

By: Lydia Hellrung and Philippe Tobler, Zurich Center for Neuroeconomics, Department of Economics, University of Zurich.