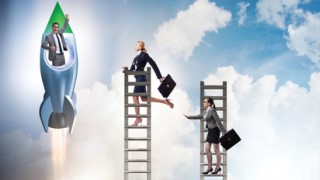 What is the effect of biases on the gender gap in academia? The ZNZ Gender Equality Committee proposes the use of a bias test to make decision-makers aware of their implicit bias.

In our daily lives we constantly make decisions, and many of those are subjected to a cognitive bias. In order to deal with the huge amount of information we are exposed to, our brains have evolved a mechanism to categorize that information and reduce it to simple assumptions, based on prior knowledge. All this leads to the formation of a cognitive bias. Sometimes that bias is based on a limited or wrong information and may affect decision making in a negative way.

First thing to do is learning to recognize cognitive biases and be aware of them. This is not trivial, as they are unconscious for the most part. In fact, there are 20 different types, all summarized here. Actually, it’s even harder to tell which part of our rational thinking is not affected by an implicit bias. Firstly, we are over-reliant on the first piece of information we receive (anchoring bias). Secondly, we decide to trust information that is convenient to us, ignoring what isn’t, even if it’s not the truth. Because of historical reasons, we have learned to associate females with family and males with career, i.e. the gender bias. All this could be a byproduct of our society; the gender bias might not have evolved in a less patriarchal environment. However, as our society is changing, more women are pursuing typically male dominated careers. We should be aware of cognitive biases in hiring and managing processes, as this might be one of the obstacles to close the existing gender gap in academia, especially in STEM (See ZNZ News The gender gap in academia). We academics should pay attention to our own implicit biases and implement measures to counter their negative effect.

Cognitive biases may affect various institutional processes like: decision making in recruitment of new professors and staff, financial grants awarding, selection of conference speakers, scientific publishing, and even media coverage of scientific news. One solution would be to select gender balanced committees, however this may be difficult given that woman in STEM are in minority, and they may also be subject to a gender bias. Another solution is a gender-blind selection process, but this might be technically challenging. An easy and economical solution would be that all committee members and people in decision-making positions take an implicit bias test. This would inform them about possible biases in their decision-making process and help make the selection process more ethical and fairer.

Implicit biases can affect people at all levels in the academic hierarchy, including young female (and male) researchers. As a result, there should be more mentoring programs for PhD students and postdocs, especially female, to show them that a successful academic career is something they can achieve. We need more female role models in high academic positions to inspire the next generation of researchers. Universities should provide more funding for this and invest more in young women and men, as this is the capital of a gender-balanced future.

The implicit bias test results of a few faculty members, students and postdocs show that many are subject to biases.

.. a slight automatic association for Male with Family and Female with Career.
For Dayra A. Lorenzo Mercado, PhD student

Are you aware of our own implicit biases? Project Implicit is an international collaborative network of researchers investigating implicit social cognition, and one can take the test here

If you are a faculty member and would like to have your implicit bias score shared with the community, you can send us your test result by email to skachokova@biomed.ee.ethz.ch to be published in the next ZNZ newsletter.