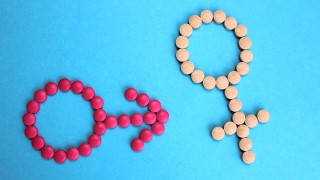 Are there differences between women and men in the symptoms of illness or the effect of therapies and medication? Last month, the kick-off symposium “Sex and Gender in Medicine” looked at various aspects of gender differences and concluded that taking them into account can be essential for survival.

Gender medicine is a young, not yet well-established discipline. The need for research is therefore great. Scientists at the University of Zurich are participating in various ways to fill the gaps in knowledge. Among the presentations on the kick-off symposium program, two presentations highlighted the neuroscience aspect of gender in medicine.

Sex and gender differences in Alzheimer’s disease – an update from the Women’s Brain Project
Dr Maria Teresa Ferretti (former Group Leader at UZH, co-founder and CSO of the Women’s Brain Project, WBP) provided an overview of the current understanding on sex and gender differences in Alzheimer and their relevance for precision medicine. Alzheimer affects men and women differently –not only in terms of numbers (65% patients are women) but also in terms of risk factors, symptoms and biomarkers. For instance, disease in women with mild cognitive impairment has been shown to progress twice as fast compared with men with same diagnosis. Such differences offer an invaluable opportunity for optimizing prevention, diagnosis and treatment options. The WBP advocates for the implementation of such sex-sensitive precision medicine approach through research and is currently looking for sponsors to create the first ‘Institute for Gender Medicine’ in Switzerland (see presentation slides here). The next WBP Forum will be held in Zurich on September 2020. See also ZNZ News post Women’s Brain Project or the WBP website.

Gender differences and similarities from the perspective of neuropsychology
Lutz Jäncke, neuropsychology professor at the UZH, set a counterpoint in his lecture by warning against overemphasizing gender differences. On closer inspection, the alleged differences often turn out to be statistical artifacts: With larger samples, the differences between men and women often disappear. In his presentation, he cites Janet Shibley Hyde of the University of Wisconsin-Madison who said that males and females are similar on most, but not all, psychological variables. The same pertains to many neurophysiological and neuroanatomical findings. Brain size measurements as well as brain activation data (e.g. neurophysiological activity in the context of psychological tasks)
are more similar between the sexes in studies relying on large sample sizes. “This makes it all the more important to identify precisely which factors are responsible for supposed gender differences”, said Prof. Jäncke.

The speakers at the symposium agreed that the goal should be a personalized medicine that considers and treats each person individually. Sex and gender are important aspects of this personalization.

The symposium was organized by the Commission “Sex and Gender in Medicine” of the Medical Faculty of the University of Zurich and took place within the Anna Fischer-Dückelmann Visiting Professorship (Visiting Professor Prof. Vera Regitz-Zagrosek, see UZH News)

The difference between Sex and Gender
In addition to biological gender (“sex”), the social category of “gender” must also be considered, which deals with aspects such as gender identity and gender roles. These can be recorded with the instrument “gender score”. The gender score asks about 50 questions about aspects such as identity, behavior and social relationships. This results in a value between 0 (male) and 100 (female) – a continuum instead of a dichotomy.