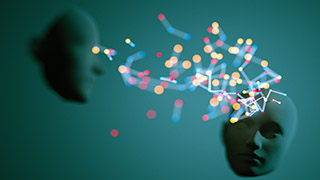 “A telescope that can span all the way across the universe of the brain from the micro to the macro level” – that’s how Henry Markram described the vision behind the Human Brain Project (HBP) in 2013. In the following years the project underwent scrutiny and scandals, major changes in its management and adjustment of goals. After nearly a decade, its funding period is soon to be over. Did it meet its promises and will it provide us with a better understanding of the brain?

Markram’s endeavor started already in 2005, when he founded the Blue Brain Project to simulate a cortical column of a rat’s brain. Gradually, the scientists planned to scale up the effort: building a simulation of the entire human brain. This vision coincided with the EU’s plans for flagship projects funded with €1 billion each, hoping to enable Europe to take the lead in the international “brain race”. In 2012, Markram was awarded with the grant and the project took off. Already then, that decision was met with skepticism in the scientific community. Many feared that reengineering the brain at the level of detail suggested by the project would tell us little about human behaviour. Designed as a computing project, it set cognitive neuroscience completely aside. Another worry was that the HBP would drain EU funding for neuroscience research, reducing research diversity. This, along with the fact that Markram was making his case strongly through the news media, instead of the more conventional publishing and conferences, brought irritation in the community resulting in an open letter to the EC in 2014 signed by more than 770 scientists and questioning the project’s validity and goals.

As a result, an independent committee was set up to evaluate the project. In a report the committee stated that the HBP was riddled with conflicts of interest in terms of funding distribution and management and was setting up unrealistic goals. Consequently, a new management was selected. Instead of being focused on one person’s vision, the HBP started to function more collaboratively and rather aiming at delivering computational tools and mathematical models for the integration of existing data.

As of today, the HBP has resulted in 1469 scientific publications and various computational tools have been developed: 3D brain atlases covering the anatomy of rodent and human brain, and Virtual Brain, a platform linking computational models and clinical data that can be used by clinicians. Perhaps the project’s main legacy is the Brain Simulation Platform, integrated into the EBRAINS website, containing computer simulations at different organizational levels, from molecular to the whole brain level. It is freely available to researchers worldwide, so that they can compare their experimental results with model predictions and conduct investigations that are experimentally not possible. It is not yet at the resolution envisioned by Markram, however it is a functional, emerging collaborative open science platform.

The HBP funding period will be over in 2023 and its outcome may influence funding decisions for future big science projects in the EU. It is also a good example showing us that modern-day science doesn’t need fanfare and drum rolls, rather openness and inclusion.