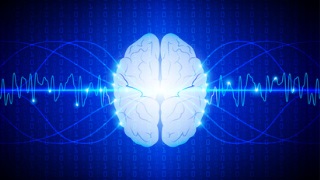 Rafael Polania was awarded the prestigious Starting Grant from the European Research Council (ERC). He will receive CHF 1.7 million to conduct his research project on understanding decision-making in humans.

Polania’s research focuses on understanding the neural and computational mechanisms underlying human decision-making. With the ERC grant he will advance the characterization of the role neural oscillations play in cognitive processes, such as attention, short-term memory and value-based decision-making. He plans to manipulate brainwaves using transcranial alternating current stimulation, a non-invasive brain stimulation method that enables generation of coordinated oscillations in the activity of particular brain regions.

Using electrophysiological measurements and advanced computational modelling, Polania aims to detect aberrant neuronal networks that occur in neurological disorders. This knowledge may then be used in therapies to normalize brain function in neurological conditions such as ADHD.

Rafael Polania is currently a postdoc at the Department of Economics at the University of Zurich. He will carry out his ERC grant project at the ETH Zurich.