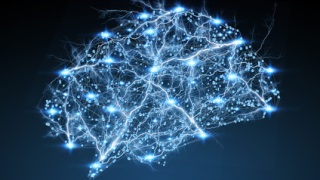 Dopamine’s role as a neurotransmitter is well-known. But another role seems to be neuromodulation leading to the reconfiguration of functional brain circuits. Results that support this hypothesis are described in a new paper by Prof. Philippe Tobler and Prof. Thorsten Kahnt in the Journal of Neuroscience.

The orbitofrontal cortex (OFC) is one of the most connected regions of the brain. It participates in several functional circuits and is therefore an ideal region to study functional brain organization. It forms part of the prefrontal cortex and is thought to represent emotion and reward in decision making. Although it is known that the OFC receives dopaminergic input from midbrain nuclei, the role of dopamine in the OFC is unclear. Thorsten Kahnt of the Northwestern University Feinberg School of Medicine, Chicago and Philippe Tobler of the Department of Economics, University of Zurich, tested the idea that dopamine can change the pattern of connectivity between the OFC and the rest of the brain, which may ultimately lead to changes in behavior.

Dopamine induces two distinct configurations
In the study, one group of male participants received the D2/D3 dopamine receptor (D2R) antagonist amisulpride; another group received a placebo. The researchers subdivided the OFC into 6 functional sub-regions based on connectivity patterns with the rest of the brain, using resting-state functional magnetic resonance imaging (fMRI).
Blocking D2R significantly changed the composition of the functional sub-regions of the OFC and their connections to other brain areas in individuals treated with amisulpride. Functional connectivity with frontal cortex was enhanced, whereas connections with higher sensory areas were reduced. Based on the observed changes, the authors suggest that dopamine activity on the D2 receptor switches the OFC between two distinct connectional configurations that may be associated with different processing modes. The first configuration, induced by high levels of D2R activity, is characterized by enhanced connectivity to higher sensory and associative areas, and may help sensory information accessing the OFC. In this state, information about the external world could easily access OFC and influence ongoing processes. A second configuration, induced by low D2R activity, is characterized by enhanced short-range functional connections of the OFC with the frontal lobes and may facilitate local information processing in the frontal cortex. Such a state would help to lock representations at their current state and reduce distractibility by outside stimuli.

Broader role for neuromodulators
The results suggest that dopamine, and possibly other monoamines, play an important role in the composition of functional OFC circuits. The authors speculate that these findings could extend to other neuromodulators and suggest that neuromodulators in general can play a broader role in the dynamic reconfiguration of functional brain networks. The results also have clinical implications for understanding the actions of antipsychotic agents as they would be expected to be associated with the shorter-range, less-distractible network configuration.