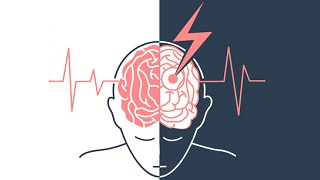 Learning a new motor skill is enhanced by reward. Prof. Dr. med. Andreas Luft of the University Hospital Zurich found that dopamine is involved in new motor skill learning and that a subgroup of dopaminergic neurons is only activated when the movement is rewarded. These findings have implications for stroke therapy. The project was funded through a direct donation to the ZNZ.

Often patients cannot reach the hospital soon enough to benefit from an acute treatment of stroke. Therefore, physical therapy remains the only long-term treatment available. Nevertheless, up to 80% of stroke patients are left disabled due to motor, speech, visual or cognitive impairment. With more than 16’000 new strokes happening in Switzerland every year, improving neurorehabilitation efficiency is becoming increasingly important. Prof. Luft’s group explores the brain’s capacity for recovery and plasticity in patients and animal models.
Dopamine is an important neurotransmitter in the brain and is involved in movement and reward encoding. Results from Prof. Luft’s group suggest that stroke patients have a deficit in the dopaminergic reward system, independent of whether or not the stroke directly affects the reward center in the brain. A better understanding of the role of the reward system will help provide better treatment for stroke patients.

Specific dopamine release enhances learning
Andreas Luft investigated the role of dopamine in learning a new motor skill in rats. His group found that a distinct population of dopaminergic neurons projecting from the midbrain to the motor cortex are necessary for motor skill learning. These neurons are only active when the behavior is rewarded. Infusion of dopamine into the motor cortex of rats that received an experimental stroke did not improve recovery after stroke suggesting that the exogenous dopamine might not mimic the physiological release of dopamine during learning.
The group therefore will pursue further research to understand the role of endogenous dopamine in stroke recovery.