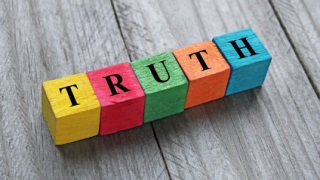 Michel Maréchal and Christian Ruff have identified the brain region involved in conflicts between honesty and material self-interest. They could even increase honest behavior using non-invasive brain stimulation. The results are published in the April issue of PNAS.

The conflict between honesty and self-interest is a central feature of human societal life. Yet little is known about the neural basis of this decision process. Previous neuroimaging studies had identified a network comprising areas of the right dorsolateral prefrontal cortex (rDLPFC) as associated with honesty. Profs. Maréchal, Ruff and colleagues from Boston and Chicago wanted to know if increasing neural activity in this area actually caused honest behavior.

Cheating at die rolling
In their experiments, a group of healthy test persons had to roll a die and each time they got the right number, they received a monetary reward (CHF 9). The test persons were alone in the experimental setup and could therefore cheat to increase their reward. And that is what happened a large number of times in the control group. So when given the choice between a moral conflict of cheating and self-interest of receiving the monetary award, many participants opted for self-interest in at least a number of opportunities.

More honest with brain stimulation
In the experimental group, test persons received transcranial direct current stimulation to the scalp over the rDLPFC region. In this experimental group the percentage of reported successful die rolls was significantly reduced; test persons on average more often gave an honest answer. This experiment showed that stimulation of the rDLPFC increased honesty. In a second experiment the researchers looked at whether stimulating the rDLPFC also had an effect if cheating benefitted another person rather than the participant him/herself. In this experiment the choice was between two moral conflicts. Now, Maréchal and colleagues did not find a significant difference between the control and the stimulated group. The rDLPFC therefore seems to be part of a neural network that specifically resolves conflicts between honesty and material self-interest, rather than general moral conflicts.

According to the researchers, these findings are an important first step in identifying the brain processes that allow people to behave honestly. “These brain processes could lie at the heart of individual differences and possibly pathologies of honest behavior”, explains Christian Ruff.