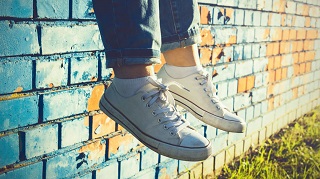 Persons with Body Integrity Dysphoria (BID) feel disturbingly uncomfortable in their body and seek the amputation of a limb to feel complete. We found abnormalities in the brain architecture of these persons. Our neuroimaging data, published in Current Biology, show that this syndrome is more than a mere eccentricity.

BID is a rare condition in which persons typically report an obsessive desire to amputate a healthy limb or other body part in order to relieve suffering. For a long time, the condition was just viewed as an internet-induced madness or a paraphilia and not considered worthy of being studied. The new release of the 11th Revision of the International Classification of Diseases (ICD 11) proposes to define BID as a “disorder of bodily distress or bodily experience”. This new definition as an “official illness” prompted us to uncover the neural correlates of this “new” behavior.

Previous neuroimaging studies, including our own, have either focused on changes in local structure or in brain connectivity, and mostly in a small number of individuals with amputation needs for varying limbs. To overcome the limitations of these studies, we looked at both gray matter density and functional connectivity in 16 men who all aim for an amputation of the same limb, their left leg. This is by far the largest neuroimaging study of the condition.

We found that the feeling a limb doesn’t belong is correlated with a reduced functional connectivity of the area containing the primary sensorimotor representations of that limb. Furthermore, a key area for the representation of the body shape, the right superior parietal lobule, was reduced in size (atrophic) in BID individuals.  Noteworthy, the more atrophic this area, the more BID individuals simulated being amputees to solve the mismatch between how they see their body and how they want it to look like.

Neuroimaging data still have a special function in legitimizing syndromes; there are scientists and laypersons alike, who only belief in the existence of a sign or a syndrome, once we can pinpoint it to the brain’s surface. Our findings suggest that the desire for amputation in BID individuals may be related to specific anomalies in brain architecture. They clearly show that this condition is more than a quirk.

By:  Gianluca Saetta, Department of Psychology, University of Zurich.