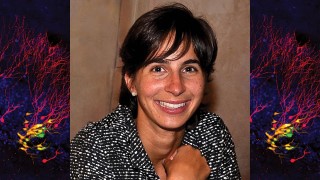 Dr. Sara Bottes is the 2019 winner of the UZH-Award for Research in Brain Diseases. She received the award for her work on stem cell division in the adult mouse brain. A celebration lecture followed by an aperitive is planned for November 29, 2019.

For a long time, brain researchers assumed that nerve cells were only born during embryonic development. Today it is known that human brain stem cells can also generate new nerve cells over the entire lifespan in certain brain regions. One of these regions is the hippocampus, a region of the brain that plays a decisive role in determining which information remains in memory and which is forgotten. During her doctorate, Sara Bottes played a leading role in experiments in which, for the first time, it was possible to observe how stem cells divide in the adult mouse brain and how new neurons grow over a period of months. Her work thus provides fundamentally important and new insights into stem cell research, which will be helpful for the future use of stem cells in the therapy of neurological diseases.

Sara Bottes will give a short celebration lecture, which is followed by an Apero on November 29, in room Y55H12, University of Zurich, Irchel.

About the Brain Diseases Fund

The Brain Diseases fund was established in 2005 to support basic, non-clinical research at the University of Zurich related to brain disorders such as Alzheimer’s disease, Parkinson’s syndrome, brain cancer, epilepsy and depressive disorders. The UZH Foundation manages the fund.