Gerhard Schratt started his professorship in Systems Neuroscience at the ETH Zurich this August. He was previously at the University of Heidelberg, where he had his first independent group working on microRNAs, before becoming full professor at Philipps-University of Marburg. We talked with him about why microRNAs are an interesting research topic and what he plans to do in this field in the future.

ZNZ News: Describe your research topic
Prof. Schratt: In our lab, we are interested in the role of non-coding RNAs, molecules that do not produce proteins but rather regulate the production of other 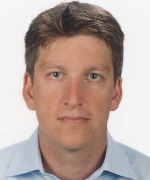 proteins, in the development and plasticity of the mammalian brain. A special emphasis is on microRNAs, tiny nucleic acids that bind to messenger RNAs and thereby control how efficiently these mRNAs are translated into proteins. Non-coding RNAs make up more than 90% of all cellular RNAs and outnumber protein-coding RNAs by far. We have uncovered important roles of specific microRNAs in the development of synaptic connections between nerve cells, as well as in synaptic plasticity, a cellular correlate of learning and memory. More recently, we also observed alterations of specific behaviours, such as cognition and emotion, in mice that lack specific microRNAs.

What is your “best research moment” so far?
One such “Heureka” moment was certainly during my postdoc at Harvard Medical School, when we had started to clone microRNAs from the rodent brain, but had absolutely no clue about their function. I started to compare a list of about 50 microRNAs to hundreds of mRNAs from nerve cells, and after a few nights really got lucky to find an almost perfect match between one microRNA – miR-134 – and an mRNA encoding a kinase (Lim kinase 1), that was already known to play an important role in synaptic plasticity and cognition. Two years later, this resulted in a Nature paper, describing for the first time a function of a specific microRNA in excitatory synapse development.

What are the implications of your research results?
Many examples of non-coding RNAs regulating neural circuit development and plasticity have since been described. We know that the repertoire of non-coding RNA is much larger in higher organisms, suggesting that gene expression control by non-coding RNAs have played an important role in the evolution of brain areas responsible for skills unique to primates and humans. Last but not least, due to their biophysical properties, non-coding RNAs such as microRNAs or circular RNAs are promising biomarkers in neurological disease and also represent attractive drug targets for future therapeutic applications.

What are your future research plans?
A major aim of my research is to get to a more systematic understanding of the non-coding RNA networks that operate in specific brain areas or even at the level of specific neuronal cell types and their relationship to circuit function and behaviour. We have for instance a microRNA knock out mouse model for autism in our lab and look at changes in regulation in the hippocampus and the amygdala, brain areas involved in processing emotions. In a collaboration with Johannes Bohacek, we further plan to study these mouse models in the context of various forms of stress. This knowledge could open new avenues for therapeutic interventions in diseases such as autism and depression.
A far reaching goal is to further extend our studies to the human system, which contains hundreds of unique non-coding RNAs with unknown function. For example, we already participate in consortia that profile microRNAs in large cohorts of patients suffering from epilepsy, autism and depression. We are also looking at establishing human minibrains (organoids) grown from iPSC-derived neurons (induced pluripotent stem cell-derived neurons), possibly in combination with CRISPR/Cas mediated genome modifications.