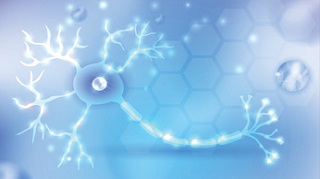 New research sheds light on the involvement of B cells in the pathogenesis of Multiple Sclerosis (MS). The study led by Roland Martin and Mireia Sospedra shows that T cell interactions with B cells drive inflammation and brain lesions in MS.

Multiple sclerosis (MS) is a chronic autoimmune disease of the central nervous system. Two types of immune cells play a major role in autoimmunity: T lymphocytes (T cells) and B lymphocytes (B cells). T cells are involved in cell-mediated immunity, whereas B cells are primarily responsible for humoral immunity mediated by antibodies. T cells have been known to play a central role in the pathogenesis of MS, but B cell involvement has also been reported. So far, a central question remained how disease-relevant T and B cells interact.

A team led by neurologist Prof. Roland Martin and immunologist Dr. Mireia Sospedra at the University of Zurich, the University Hospital Zurich and researchers at the Karolinska Institute in Sweden with Ivan Jelcic and Faiez Al Nimer as co-first authors has now discovered a key aspect in the pathogenesis of MS. “We were able to show for the first time that certain B cells activate the specific T cells that cause inflammation in the brain and nerve cell lesions,” says Roland Martin, Director of the Clinical Research Priority Program Multiple Sclerosis at UZH.

Autoproliferation of T and B cells
The researchers had shown before that spontaneous in vitro T cell proliferation is increased in MS patients, a phenomenon they referred to as ‘‘autoproliferation’’ (AP). However, it remained unclear which cells induce and maintain T cell proliferation and whether AP T cells are pathogenic. Interestingly, the research team showed that AP is mainly dependent on the interaction of autoreactive T cells with B cells. The elimination of B cells, e.g. with antibodies that deplete B cells, effectively inhibits T cell activation. B cells may thus participate not only in maintaining, but also in creating a pathogenic T cell repertoire outside of the brain during remitting/relapsing MS. The study identified RASGRP2 as target autoantigen that is expressed both in brain lesions and B cells.

The findings provide an explanation for how new MS drugs take effect. Certain drugs, which are used to treat MS, such as Rituximab and Ocrelizumab, eliminate B cells and effectively inhibit inflammation in the brain during relapses. The results pave the way for new therapeutic approaches and further research about disease mechanisms of MS.