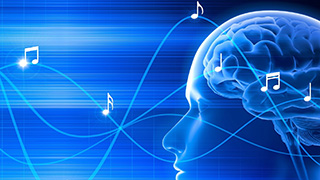 The Koetser Award ceremony 2021 had to be cancelled already twice. In July, Prof. Eckart Altenmüller will be finally honored for his outstanding research on music-induced plasticity and therapeutic approached for musicians.

Each year, the Betty and David Koetser Foundation honors an outstanding scientist who has made major contributions to the fields of neurology or neuroscience with the Koetser award. What makes Prof. Eckart Altenmüller an extraordinary award winner is that music plays not only the first violin in his work as a researcher but also as a therapist. He is both, a professional musician with a degree in flute and piano and a habilitated neurologist and neuroscientist. He is the director of the “Institute for Music Physiology and Musicians’ Medicine” (IMMM) at the Hanover University of Music, Drama and Media. Eckart Altenmüller conducts studies on the influence of music on brain functioning, but also treats neurological diseases that are more common among professional musicians, such as focal muscular dystonia.
The Koetser Award ceremony is scheduled on July 15th from 2pm – 6pm as part of a symposium entitled ‘Music-induced Brain Plasticity’. Well-known researchers in this field will give lectures and musical interludes will underline the subject. By necessity, the symposium is planned as a hybrid event and can also be attended online. For more details on the program, please follow this link.