Two studies published in high impact journals have recently reported contradicting results about the ability of the adult human brain to continue to produce new neurons. This reignited the debate about adult neurogenesis. We asked of Prof. Sebastian Jessberger of the Brain Research Institute to share his expert opinion.

ZNZ News: You describe the live birth of neurons in the mouse hippocampus in your recent publication in Science magazine. Please describe your results.
Prof. Jessberger: 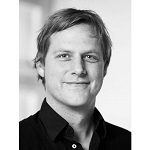 We used continuous imaging of individual neural stem cells in the adult hippocampus and followed their cell divisions and the generation of newborn neurons within the intact mouse brain over several weeks. Using this approach we described for the first time the cellular principles of neurogenesis in the adult mouse hippocampus. The method we developed will also help to understand the functional contribution of newborn neurons to hippocampal function, a brain structure that is key to many forms of learning and memory.

So in mice we know adult neurogenesis exists. Why is there a debate about neurogenesis adult humans?
There is debate in the field because it is technically extremely challenging to show in a human brain that a) a cell is newborn that b) it differentiates into a neuron. Obviously, invasive approaches like our imaging strategy are not possible in humans. Notably, a number of different groups used very distinct technical approaches to present evidence that the human hippocampus retains stem cells and generates new neurons throughout life. The combination of those key findings were broadly accepted as strong evidence for life-long neurogenesis. Now a recent paper by Sorrells and colleagues published in Nature sparked another round of controversy.

Why were the results published by Sorells in Nature controversial?
Sorells and colleagues in the renowned lab of Arturo Alvarez-Buylla at UCSF used exactly the same methods (i.e., immunohistochemistry) and similar if not smaller numbers of human postmortem and surgical samples as in previous publications that did show adult neurogenesis. However, they did not find evidence of ongoing neurogenesis in adulthood. Of course, this is an interesting finding but without any doubt the absence of evidence is not the evidence of absence. Why did they get this result? Interestingly, a debate very similar to the current one, happened in the mid-1960ies to the mid-1990ies about the existence of neurogenesis in the mouse and rat brain. Technical advances like viral labeling of newborn neurons brought this discussion to an end. Now Sorrells et al. use the same arguments to explain their results that have been proven invalid for the mouse/rat brain.

The debate was further heated up by a new study, published only a few weeks after the appearance of Sorrells’ paper in Cell Stem Cell (Boldrini et al., 2018). This study came to the opposite conclusion and reported very substantial ongoing neurogenesis in the adult human hippocampus.

You are the co-author of a paper in Cell Stem Cell that reviews recent research data about neurogenesis in the human adult brain. In your opinion, is their sufficient evidence to suggest that adult neurogenesis exists in humans?
I do believe that there is much stronger evidence for the presence of neurogenesis in adult human brains compared to the evidence suggesting its absence. But at the same time it is clear that we need to substantially improve our toolbox to study neurogenesis in the adult human brain, for example via non-invasive imaging methods or more molecular analyses of distinct cell types in the adult hippocampus. One positive aspect of the Sorrells study is that we and many other labs will intensify our research using human tissue. It is in general difficult to study mechanisms and functional relevance of pathways in the human brain. We just do not have access to healthy tissue.

What are the implications of the existence of adult neurogenesis, why is it important?
The finding that new neurons are generated throughout life dramatically changed our view of how the hippocampus computes incoming information and how this structure responds to environmental stimuli. In the rodent brain we know that new neurons are very important for certain brain functions and that altered neurogenesis is associated with a number of acute and chronic brain diseases, such as epilepsy and major depression. Thus, impaired adult neurogenesis may be involved in the pathogenesis of disease. Furthermore, a number of chronic diseases are associated with a loss of brain structure and neurons (e.g., Alzheimer’s disease or stroke). Thus, the presence of neural stem cells that retain the ability to generate neurons may represent a source to regenerate the brain in the context of disease.